The antibiotics assay that was developed within the RoutinEDA project is currently being used to identify antimicrobial substances in effluent. We want to know the identity of these compounds, as they may be of concern to environmental and human health. Effluent samples (water discharged by sewage treatment plants (WWTPs)) from the E-PRTR sampling campaign are used in the current study. E-PRTR is an abbreviation for 'European Pollutant Transfer Register', a European regulation stating that sewage treatment plants should report on emissions.

We are screening the effluent of six WWTPs, sampled at two different time points. Using a technique called effect-directed analysis (EDA), which combines chemical and biological measurements, we aim to identify antimicrobials with a response in the bioassay. In addition to antimicrobial activity, we are applying the GR-CALUX bioassay for the identification of glucocorticoids. This is done in collaboration with Het Waterlaboratorium, a member of the RoutinEDA user committee.

Enriched water samples are fractionated with liquid chromatography and a fraction collecting apparatus (the FractioMateTM device). The resulting fractions are collected in well plates, on which the bioassays are applied. Samples are also measured on a high-resolution mass spectrometer. The fractions with bioactivity are used to guide identification efforts in the mass spectrometry data by applying suspect- and nontarget screening techniques. 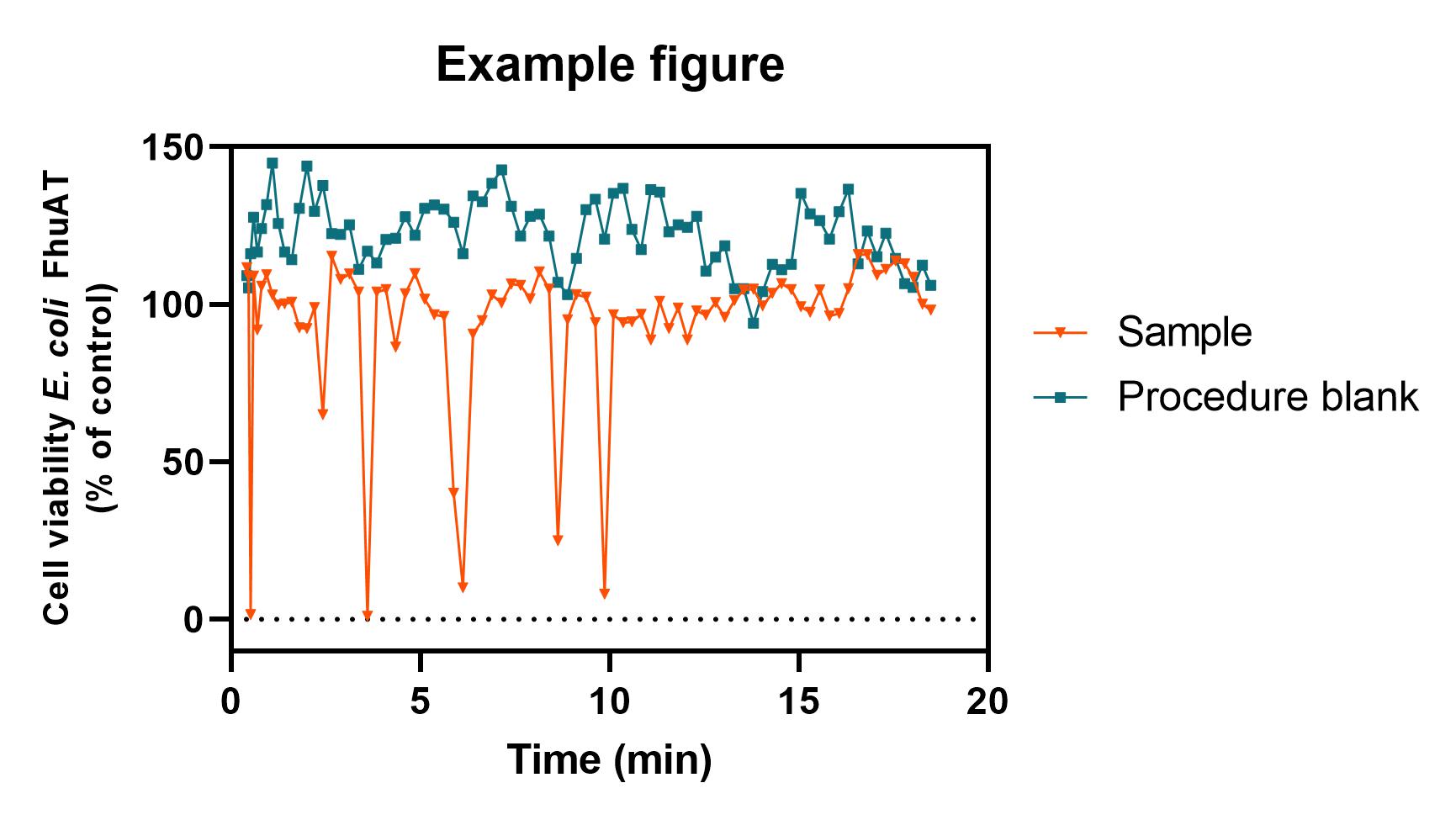 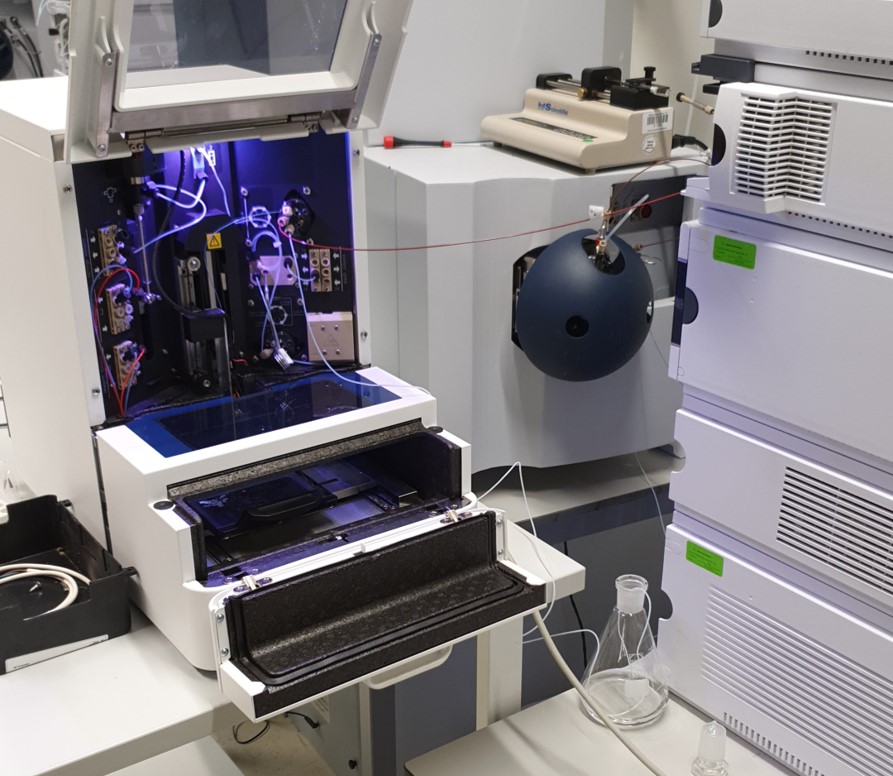 Figure 2. The FractioMateTM device (left) is used to fractionate the samples eluting from the LC-column (right). A QTOF (middle), a high-resolution mass spectrometer, is used to detect the thousands of accurate masses.